9 Weird Facts About Gamers, And Even Weirder Opportunities For Brands


We’ve all seen the trope of a gamer. But if you’re thinking about men surrounded by Doritos packets in dimly lit rooms, you’re seriously out of the loop. Sure, it’s the image perpetuated by noughties Hollywood films and shows like South Park. But it couldn’t be further from the truth – the stereotype is even wildly mocked on Reddit.

In reality, the gaming landscape is incredibly diverse. And gamers themselves are multi-faceted, complex consumers. The data says it all.

The portion of women who play games has increased (+5%), with almost as many women playing games as men – 85% vs 81%, respectively.

It’s no surprise that brands in almost every industry have tried to tap into the zeitgeist of the modern gamer. Console gamers are receptive, engaged, and loyal. In fact, they’re 22% more likely to buy brands they’ve seen advertised compared to the average consumer.

Right now, there’s a hunt for the next big sector gaming brands can tap into, and vice versa. Cars, drinks, fast food, consumer electronics, and tech have already been aced in cross-industry collaborations.

And let’s not forget the surge of luxury brand partnerships that have swept the news: Nike launched Nikeland on Roblox, Balenciaga launched a collaboration with Fortnite, and Gucci has started listing virtual items for sale on Roblox.

Even fried chicken has its place.

So what’s the next big gaming collaboration?

It’s only with the right data that brands can figure this out. Take, for example, the much-discussed topic of the metaverse. What will gamers do in it? Will they watch live music? And if so, what’s their favorite genre of music? And how might this intel be used by brands to tap into crossover audiences?

Let’s find out. Here, we dive into weird and interesting stats about gamers, then explore how they can be leveraged to scout out new partnerships and reach bigger audiences.

9 weird facts about gamers, and even weirder opportunities for brands

1. They’ll use the metaverse to watch, shop, and socialize

While the metaverse doesn’t quite exist yet, everyone’s working hard to predict what it might entail. Brands want to know what consumers think about it and what they plan to do in it when it’s (truly) here.

As avid gamers, Gen Z and millennials are already familiar with proto-metaverses like Roblox, Minecraft, and Fortnite, making them prime candidates for the metaverse.

So, what will they use it for? Well, gamers’ number one priority in the metaverse is content. Watching TV/films (57%), playing games (54%), or watching live events such as concerts (49%) steal the top three places.

But there’s a serious demand for a whole host of activities, so any metaverse should cater to much more than just one.

And here’s a curveball: 29% want to use the metaverse to make investments.

For brands, taking note of gamers’ inclinations to watch, spend, and socialize in the virtual world – both with people they know and people they don’t – might open up a whole new angle to reach new audiences.

2. Anime is all the rage

21% of gamers watch Anime in a typical week; they’re  12% more likely to watch it than the average consumer. Animation is prominent too, with 30% of gamers watching it weekly.

Japanese anime and video games have inspired one another for years, with The Legend of Zelda: Skyward Sword, which launched in 2011, “showing a distinct anime influence”.

Since then, anime’s popularity has shown no sign of slowing down. For the first time ever, a non-English speaking show won “most in demand TV show of the year” in 2021. And yep, you guessed it, it was anime. Meanwhile, anime is even bleeding into sports, with the Los Angeles Chargers making their schedule release video anime.

Should we REALLY make our schedule release video an anime?

3. Not all heroes wear capes, but most do

When it comes to films, gamers are big on their superheroes. 36% consider themselves fans of Marvel, with their top 6 most distinctive franchises consisting of DC, Marvel, Spider-Man, X-men, Batman, and Superman. Collaborations across both have been plentiful, but perhaps they haven’t reached their full potential.

Like most consumers, gamers prefer to watch TV on their TV set, but they’re 16% more likely to be watching on games consoles than the average consumer, which shows they’re viewed as more than just a gaming device.

There might be an opportunity here for brands to think about the format of their digital experiences, and how compatible they’ll be with games consoles rather than mobile devices or laptops. After all, we should never underestimate the power of great UX.

4. Children’s TV is on the rise

Here’s something niche: the number of gamers who watch children’s TV has grown 14% since Q1 2020. While it’s hard to say whether the trend will continue, it’s something to keep an eye on.

If you want a recent clue on the trend, take a look at how Minions: The Rise of Gru because a Gen Z TikTok sensation: “A fortunate combination of intellectual property and #gentleminionmemes created a record box office haul.” A key trick was a “perfectly manufactured TikTok song”.

There’s also something to be said about the power of nostalgia – which brands like ASOS have tapped into with the inclusion of Tammy Girl, while a host of other companies have reverted to nostalgia marketing to remind us of a simpler time. Cue the rose-tinted (noughties-rimless) glasses.

5. PlayStation 5 is the holy grail

The PlayStation 5 is the console gamers want most; 33% are interested in purchasing one as of Q1 2021. If you’re wondering why, it’s probably because they’re so hard to get (thanks to an ongoing chip shortage). This might be indicative of gamers buying into exclusivity – everyone wants to be the person who has one. It’s a status symbol. But more on that later.

It’s not the Xbox Series X/S in second though, that position goes to the Nintendo Switch (16% say this).

The Nintendo Switch is notoriously “designed to fit your life, transforming from home console to portable system in a snap”. This popular, on-the-go flexibility might be a bellwether for future gaming trends – or the iceberg of an opportunity to blend travel with gaming.

Xbox dipped its foot in this realm by partnering with Rough Guides to create a guide to Xbox and all the worlds on offer, but the inverse idea is yet to catch on.

6. Podcasts are their favorite genre of audio

Gamers make for big music fans, with 34% saying it’s important that they get the music they care about as soon as it releases. That being said, less than half (43%) say it’s easy to discover new music.

That crossover isn’t exactly surprising. Music has often played into the gaming experience. The Last of Us theme song has drawn over 43 million listens on Spotify, and 9 million views on YouTube, where it attracts comments that focus on the game’s immersive power: “I’ll miss playing this game for the first time, masterpiece.” And for hardcore fans, there are 1-hour loop versions of the theme song available.

Gamers are big fans of podcasts too, with 22% saying it’s the music format they most like to listen to.

They’re actually 10% more likely than the average consumer to listen to podcasts.

The takeaway for brands? Audio is in, so collaborations or ads in the audio realm are likely to score a direct hit with gamers. It’s worth noting here that among all consumers, 3 out of 4 of the fastest growing sources of brand discovery are currently audio-based.

7. Folk music is out, heavy metal is in

We can’t all be winners. Folk music isn’t hitting a home run with gamers. The number who listen to this genre has fallen 20% since Q4 2020.

Meanwhile, in the US, gamers are distinctively listening to heavier music to get them pumped up. The genres that have seen the biggest increase in popularity since Q1 2021 are (drum roll please) heavy metal music (+11%), reggae ( +10%), and soft rock (+9%). The biggest decreases have been seen among world (-12%), classical (-11%), and Spanish contemporary (-7%).

Gamers want status from brands. Just over 1 in 5 gamers say they tend to buy the premium version of products, while an additional 1 in 5 say they want brands to help improve their image reputation. A further 17% say they’d be motivated to promote a brand online if it enhanced their online reputation.

Tellingly, the youngest gamers (Gen Z and Millennials) are nearly 40% more likely to have purchased in-game items online in the last month. In-game purchase options provide the perfect opportunity for them to acquire status-enhancing cosmetic items for their in-game avatars.

This is something the luxury sector has already seen a lot of success with, but perhaps there’s room to take it further. Any brand that can lift up a gamer’s online or offline reputation is likely to be popular.

9. And they’re fans of playing sport

Gamers’ most distinctive interest is (unsurprisingly) gaming, with 40% saying this. They wear their gaming love as a badge of honor. This category includes similar topics; esports, gadgets, and board games, but coming in at number 5 is actually “playing sport” – see how the stereotype doesn’t really hold up?

This is seconded by the fact that 37% of gamers want to do exercise or work out in the metaverse once it arrives.

So really, the gamer trope just got debunked. Again. 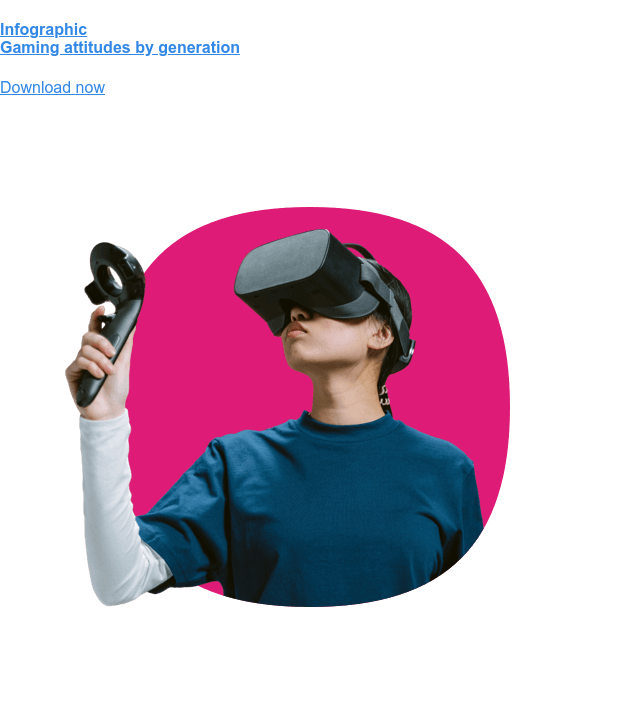 Last month, we discussed Innovation Strategy and how market researchers can use this to develop an innovation strategy that has the potential to grow a business. What is...

Disclaimer: opinions represented here are personal and do not represent those of Kotak Mahindra Bank Limited. Question #1: Give us a brief peek into your talk. What are the...

2022 was a tough year, and economic forecasts show uncertainty about what will happen in 2023. Complex global geo-political conditions see constant announcements of budget cuts, layoffs, and...

What Makes A Bestselling Nonfiction Book? Insights From A Big Publisher