GM shoves aside recession fears with robust 2023 forecast By Reuters

A tentative plan by Liz Truss to send unwanted asylum seekers to Turkey has been shot down by the Ankara government within hours of it being floated.

The Times reported on Saturday morning that the foreign secretary — who is in the running to become next Conservative prime minister — would like to open negotiations to send migrants to countries such as Turkey.

That would follow the deal struck in the spring with Rwanda, which has taken over £100mn from the British government in return for taking deported refugees who cross the English Channel in small boats. 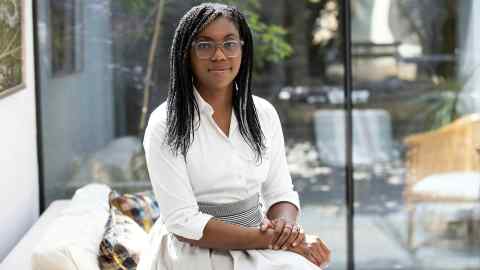 But later on Saturday Turkey hit back at the proposal, warning that the country would not become a “refugee camp or border guard” for any other nation. Turkey, a nation of 85mn people, already has the largest refugee population in the world, including 3.7mn people who have fled the civil war in neighbouring Syria.

“We hope these claims relating to Ms Truss in the press are unfounded,” said Tanju Bilgiç, the ministry’s official spokesman, in a statement on Saturday.

“It is out of the question for our nation — the world’s largest host of refugees for the last eight years — to take on a greater burden at the request of a third country and, furthermore, to contribute to an approach that is incompatible with international rules on the right to asylum.”

He added: “Turkey will not become a refugee camp or border guard for any other country, nor will it in any way assume the international obligations of a third country.”

Truss’s campaign team played down the idea that she had drawn up a formal plan to transport failed refugees to countries such as Turkey. However, they admitted that she had raised the idea with Christopher Chope, a Tory backbencher.

“Liz supports the Rwanda policy and supports extending it to other countries,” her spokesperson said.

More than 14,000 refugees have crossed the channel in small boats so far this year, accentuating the political pressure on the government to address the issue. Despite the deal with the Kigali government no refugees have yet been sent to Rwanda, in part due to successful legal challenges.

All of the candidates for the Conservative leadership have promised to keep the controversial Rwanda policy, which has been widely criticised by charities, human rights groups and bishops.

Turkey struck a €6bn deal with the EU in 2016 as Brussels sought to stave off a repeat of Europe’s 2015 migration crisis. It led to a large drop in the number of people crossing the Aegean Sea to Greece.

But Turkey’s large refugee population has become a source of intense public anger as households have struggled with almost 80 per cent inflation and a plunge in the value of the lira.

President Recep Tayyip Erdoğan, who faces a challenging bid for re-election in a contest that must be held before June 2023, is under pressure to mimic the country’s main opposition parties by pledging to send refugees back to Syria.

Truss, who last month visited Ankara for meetings with senior Turkish officials, used the trip to describe Turkey as an “important partner for the UK”, citing energy, defence and security as key areas of co-operation.

GM shoves aside recession fears with robust 2023 forecast By Reuters

The eurozone economy grew in the final quarter of 2022 despite economists’ predictions of a downturn, boosting hopes that the region will avoid a recession.Milder weather and government...

Six Western states that rely on water from the Colorado River have agreed on a model to dramatically cut water use in the basin, months after the federal...

This section is Partnership Content supplied The content in this section is supplied by GlobeNewswire for the purposes of distributing press releases on behalf of its clients. Postmedia...

CRA denies taxpayer’s costs of getting to work, but judge disagrees