Investing requires a more or less simple strategy to make great returns. Find the next big thing and make sure that the company is financially sound. This search has led many investors to jump into renewable energy, a concept drilled into our heads since childhood, as the future once fossil fuels are exhausted. This has led to multiple stocks in the renewable energy sector turning multi-baggers this year.

In this article, we take a closer look at the top green energy stocks in India. Keep Reading to Find out!

According to British Business Energy, India is ranked 3rd in terms of renewable energy investments and plans as of 2020. Since 2014 the sector has received more than $42 billion in investments. If the industry has received such widespread interest globally then it is definitely worth looking into.

This foreign interest is not baseless. The sector also ranks among the top in the world. As of 2020, India is ranked 4th in wind power, 5th in solar power and 4th in renewable power installed capacity.

Today the country has 152.36 GW of capacity for renewable energy. This makes up 38.56% of the total installed power capacity. 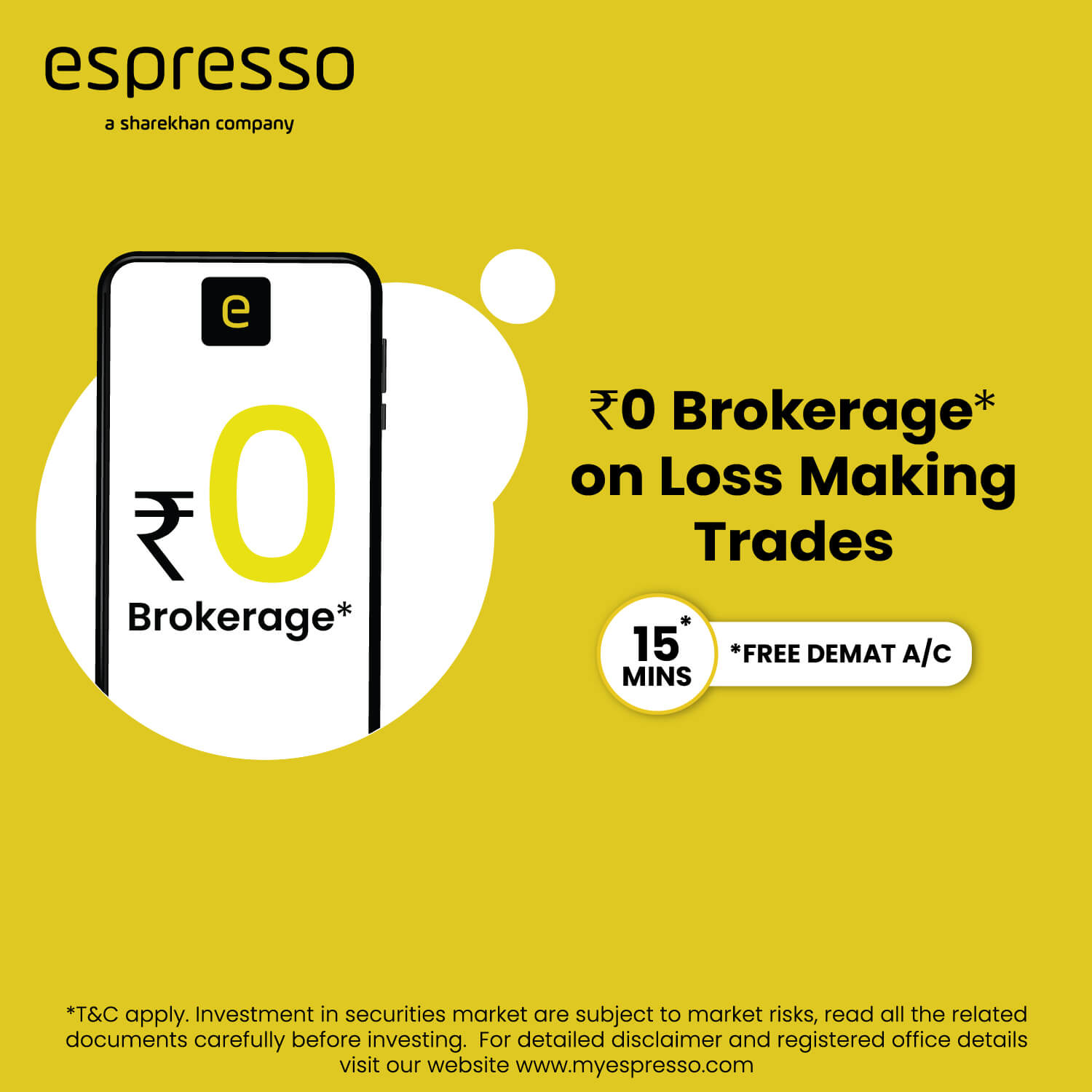 One of the biggest reasons for this growth has been the push and widespread support given by the government. By the end of 2022, the government aims at achieving  227 GW of renewable energy capacity to cross the targets set as per the Paris Agreement of 175 GW. Out of this 114GW will be solar energy and 67 GW is wind power capacity.

By 2030 the government aims to establish a renewable energy capacity of 523 GW. Out of this 60% will be supplied from solar and 14% from Hydro.

Now that we have gone through the bright prospects of the industry let us have a look at the top green energy stocks in India.

Tata Power is without doubt the leading player in the renewable energy sector with a  renewable power capacity of 2.6 gigawatts (GW) in 11 states. The company also has several subsidies like Tata Power Renewable Energy, Tata Power Solar Systems (TPSSL), and Walwhan Renewable Energy (WREL) whose main focus lies in the sector.

Tata Power has set goals to increase its renewable energy production capacity to 15GW by 2025.  Clean energy currently makes up 34% of Tata Power’s portfolio and the company plans to increase this to 40% by 2025 and 80% by 2030. In an attempt to do so the company has already stopped building coal-based capacity.

Apart from just producing renewable energy, they are also focussing on some of the core problems plaguing the industry. The most important being setting up charging stations.

The company also has high debt, with a debt-equity ratio of 2.28. On the brighter side, the promoters hold a 46.86% stake within the company, out of which 1.4% is pledged. The stock has had one of its best years in the recent past as it trades at a PE of 38.4.

This however was fuelled by the orders it received during the year 2021.

JSW Energy is one of the largest power producing companies in the country. The company has a combined power-producing capacity of 4.6 GW from thermal, hydel and solar power. The company is currently in progress to construct  2.4 GW of renewable projects. Out of this 2218 are wind and solar projects.

These are expected to be commissioned over the next 18-24 months. This will result in the company increasing its renewable energy share from 30% to 55%.

The company is also in the progress to restructure its renewable energy business. This will be done through the strategic sale of assets in its green energy business through billionaire industrialist Sajjan Jindal.

After the restructuring takes place all future renewable energy operations will take place under a subsidiary JSW Energy Neo. This will help the company catch up with its competitors like Tata Power and Adani Power.

If we take a closer look at the financials of the company we can identify several red flags. The company recorded revenues of Rs. 8049 in 2018 to Rs. 8167 in 2022 not showing growth. Its net profits however have shown some positives by increasing from Rs. 78 cr in 2018 to Rs. 1,729 cr in 2022 but still doesn’t maintain an increasing consistency.

The company however maintains a low debt with a debt-equity of 0.51. The company has a high PE ratio of 22.3 and is undervalued when compared to the PE of the industry. The promoters maintain healthy ownership with a 74.66% stake, however, another concern remains that 12.18% of this share is pledged.

Sterling and Wilson rank among the top 5 EPC manufacturers in the country. What sets this company apart in this sector is that it is an end to end solar engineering, procurement, and construction (EPC) solutions provider. The company forms part of the Shapoorji Pallonji Group.

The company recently made headlines as a wholly-owned subsidiary of Reliance Industries i.e. Reliance New Energy Solar acquired a 40% stake in Sterling & Wilson for ₹ 2,850 crores.

This however is due to the challenging environment that the entire solar industry value chain is suffering from currently. The company has a debt-equity ratio of 0.49. The promoters hold a 78.56% stake in the company out of which 30.87% is pledged which can be a huge reason of concern.

Inox Wind is one of the fully integrated wind energy solutions providers and one of the largest manufacturers of wind turbine generators in India. The company deals in independent parts like blades, tubular towers, nacelles, etc.

The company operates through its 3 state-of-the-art manufacturing plants in Gujarat, Himachal Pradesh, and Madhya Pradesh. Inox Wind was recently awarded one of the largest orders awarded by a PSU. This project is a 150MW wind power project from NTPC Renewable Energy and is expected to constitute nearly 50% of the company’s overall power generation capacity by 2032.

If we take a closer look at the financials we see that the company’s revenues have suffered since 2017 from earning Rs. 3405 in that year to Rs. 625 cr in 2022. This is reflected in the profit as well which have fallen from Rs. 303 cr in 2017 to making a loss every year after.

Billionaire and founder of Adani Group have made it clear that the group has huge plans for the renewable energy space. Adani Power has a thermal power plant with a capacity of 12,450 MW. In addition to this, the company has a solar plant of 40MW.

Adani Solar has a 3.5GW production capacity while Adani Green Energy is expected to have a capacity of 25GW from also commissioned and under-construction projects. Earlier the group also secured India’s largest renewable energy sector with the acquisition of SB Energy for $3.5 billion.

If we take a closer look at the financials of Adani Green its revenues have continued to increase since 2017 from Rs. 502 cr to Rs. 5,133 cr in 2022. Its profitability on the other hand has been disappointing as the company has been making losses from 2017-2020.

However the company made a profit of Rs. 489 cr in FY22. A big red flag is that the company has a high debt-equity of 44.4. The stock trades at a PE of 765 the highest amongst its peers.

List Of All the Stocks in the Power Generation Sector

When it comes to green energy stocks in India it goes without saying that the industry is extremely capital intensive. However, despite showing lacklustre financials these stocks have performed extremely well in 2021 due to the expectations of a greener future with these companies having a headstart.

However, these expectations are rightly so as the future is green and companies that fail to adapt will be left behind. That’s all for this post! Let us know what you think about India’s greener future in the comments below. Happy Investing!

Aron, Bachelors in Commerce from Mangalore University, entered the world of Equity research to explore his interests in financial markets. Outside of work, you can catch him binging on a show, supporting RCB, and dreaming of visiting Kasol soon. He also believes that eating kid’s ice-cream is the best way to teach them taxes.

What is the Stochastic Oscillator? – Analytics & Forecasts – 28 January 2023

What is the Stochastic Oscillator? – Analytics & Forecasts – 28 January 2023

Indian central government will table its 2023 Union Budget on coming 1st Feb. Even as the government does not shy from big bang announcements outside the budget and...

Battle Between Bulls And Bears Over Wolfspeed Is Worth Watching

wildpixel As an investor grounded in value, I usually get a little suspicious when a pre-profit, pre-positive free cash flow growth story starts looking reasonably valued, but such...

The State of Venture Capital

What We Can Learn About The Future Of Healthcare

NASA’s Artemis I launch has officially been delayed until November