The dollar surged and government bonds rallied on Monday, while stock markets tumbled, as traders considered the prospect of further aggressive interest rate rises in the US and intensifying recession risk in Europe.

The dollar index, which tracks the US currency against six others and has a large euro weighting, rose 0.9 per cent to a fresh 20-year high. That ascent helped to push the euro closer to parity with the greenback, with Europe’s common currency dropping as much as 1.3 per cent to $1.0051 — approaching a level not seen for nearly two decades.

The Japanese yen also fell to a fresh 24-year low against the dollar of ¥137.75 before strengthening slightly.

Market sentiment in recent weeks has swung between a recognition that central banks need to raise interest rates aggressively to combat soaring inflation and a more forward-looking view that excessive monetary tightening may cause a global economic slowdown.

Both narratives have firmed investors’ bullishness towards the dollar, particularly because recession risks are perceived to be higher in Europe. The European Central Bank has followed the US Federal Reserve into tightening monetary policy, but is expected to remain as dovish as possible to counter economic shocks from Russia’s invasion of Ukraine.

“We’re expecting a recession earlier in Europe,” said Sonja Laud, chief investment officer at Legal & General Investment Management. “The US is an energy exporter, Europe is an importer, and in the current energy price environment that makes all the difference.”

Following unexpectedly strong jobs data for June, analysts expect the Fed to raise rates by as much as 0.75 percentage points at its July meeting to tame inflation, following a similar move last month.

Yet investors have scaled back their expectations of the extent to which the US central bank will lift borrowing costs later in the year, with futures markets now pricing in a benchmark rate of 3.5 per cent for early 2023 — down from expectations of 3.9 per cent in mid-June. The Fed’s current target range is 1.5-1.75 per cent.

Expectations for how far the ECB will lift borrowing costs have also come down in recent weeks, with markets pricing in a rate of just over 1 per cent by February, from its current level of minus 0.5 per cent.

The Bank of Japan, meanwhile, has defied the global trend towards tighter monetary policy. On Monday, BoJ governor Haruhiko Kuroda warned of “very high uncertainty” for the domestic economy in a strong signal that the central bank will retain its easing stance. 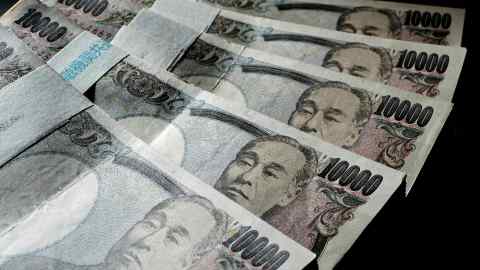 Government debt markets rallied on Monday, with the yield on the 10-year US Treasury note falling 0.12 percentage points to 2.98 per cent. The policy-sensitive two-year yield slipped 0.07 per cent lower to 3.05 per cent, remaining higher than its longer-dated counterpart in an “inversion” scenario that has preceded every US recession in the past 50 years. Bond yields fall as their prices rise.

In equity markets, Wall Street’s S&P 500 index, which rose last week following its worst first half of the year for more than five decades, was down 0.8 per cent by mid-afternoon in New York. The technology-heavy Nasdaq Composite was 1.7 per cent lower.

Silver Breakout Has Begun, Gold to Follow After Hitting US$1,500