How Big is Bajaj Group? A peek into their listed and unlisted companies


Family businesses have been a part and parcel of India’s tradition and culture. In fact, the country is home to some of the biggest group companies which dominate not just the Indian industries but the world. In this article, we will take a look at the Bajaj group, one of the oldest and largest companies in India. Keep reading to find out more about the conglomerate!

Upon coming of age, he got involved in the family business of his adoptive family. During this, he acquired the know-how of being a tradesman, rigorous bookkeeping and buying and selling commodities. It was in the year 1926 when the founding stones of the Bajaj group were laid.

His elder son Kamalnayan Bajaj joined the business. It was under his leadership when the group business expanded into the manufacturing of scooters, three-wheeler, cement, alloy casting and electricals.

Jamnalal’s younger son, Ramkrishna Bajaj, took over the business post his elder brother’s death in 1972. Under his leadership, the group not only grew but also successfully launched social service and social welfare programmes 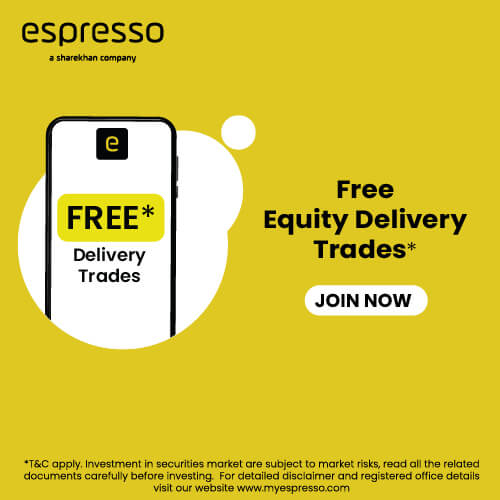 Rahul Bajaj was the grandson of Jamnalal Bajaj. He is also considered to be a legend in the automobile industry. It was under his leadership that Bajaj auto reached new heights. Rahul split Bajaj Auto into three units in 2008: Bajaj Auto, Bajaj Finserv and a holding company.

Listed companies under the Bajaj Group

Out of the myriad of companies that operate under the Bajaj group, let us have a look at the listed companies in India.

Presently it acts as a holding company of Bajaj Group and holds more than a 30% stake in both Bajaj Auto Ltd. and Bajaj Finserv Ltd.

The company earned a revenue of Rs 399.11 Cr and earned a net profit of Rs 3,649.83. Of the total revenue that is earned by the company, more than 60% is from interest income followed by fair value changes and dividend income. Apart from this, the profitability of the company is growing over the last two years. It has zero debt and promoters’ pledges.

Bajaj Auto Limited is an Indian multinational automotive manufacturing company.  It manufactures motorcycles, scooters and auto rickshaws. The company exports to more than 79 countries. Currently, it has three manufacturing plants in India and plans to expand further. The company has also entered the Electric Vehicle segment with its launch of Chetak in FY19.

It ranks as the world’s third-largest manufacturer of motorcycles while being the second-largest in India. The company is also the world’s largest three-wheeler manufacturer.  Bajaj auto crossed a market capitalization of ₹1 lakh crore making it the world’s most valuable two-wheeler company.

In FY21, the company earned a revenue of Rs 27,741.08 Crores and reported a net profit of Rs 4,857.02 crores. The company’s profit margin has been increasing on a quarterly basis. Apart from this, the company has zero debt and a healthy promoter holding.

Bajaj Finserv Limited is an Indian non-banking financial services company which is focused on lending, asset management, wealth management and insurance. It is also engaged in the business of generating power through wind turbines, a renewable source of energy.

In FY21, the company earned a revenue of Rs 60,591.20 Crores and a subsequent net profit of Rs 4,470.46 Crores. The company has been seeing a rise in the cash flow from its operating activities in the last few years.

The company also accepts public and corporate deposits and offers a variety of financial services products to its customers. As of March 2022, Bajaj Finance has 294 consumer branches and 497 rural locations with over 33,000+ distribution points.

The NBFC reported total revenue of Rs 26,689.57 Crores and a net profit of Rs 4,419.82 Crores in FY21. The net profit and cash flows of the company have been rising in the last few quarters. Apart from this, the company is focused on reducing its debt. It already has zero promoter’s pledge.

It also manufactures iron and steel products, steel castings, steel structurals, Electrical Overhead Travelling (EOT) and other cranes and other industrial machinery. Their products are widely used in the automobile and auto component industry.

In FY21, the company reported total revenue of Rs 2,725.99 Crores and a net loss of Rs 203.78 Crores. On the bright side, the company has been able to improve its cash flow position. Apart from that, the promoters have been increasing their stake in the company and have not pledged any share so far.

Bajaj Electricals Ltd is an Indian consumer electrical equipment manufacturing company under the Bajaj group. It also has a diversified portfolio with interests in lighting, luminaries, appliances, fans, LPG based generators.

The company also has a major interest in the renewable energy sector which includes transmission line towers, telecommunications towers, high-mast, poles and special projects, and others include die casting, wind energy & solar energy.

In FY21, the company earned a revenue of Rs 4,584.60 Crores and a net profit of Rs 190.55 Crores. Bajaj electricals have been focusing on reducing its debt and improving its cash flow position in the last few years.

It was incorporated in collaboration with Heinrich de Fries GmbH, Germany. It offers a comprehensive range of products & services from manufacturing to the marketing of mechanical hoists, electric chain hoists, and wire rope hoists, stackers and storage and retrieval solutions, and other engineering machinery.

Hercules Hoists is the market leader in hoisting technologies. The company is also transitioning from a products supplier to a solutions provider to their customers’ LIFTING, MOVING and STORING requirements.

The small-cap company of Bajaj group reported a revenue of Rs 78.37Crores and a net profit of Rs 7.76 Crores in FY21. The company is seeing a rising cash flow from operating activities. Apart from this, it has zero debt and promoters’ pledges.

In this article, we had a look at some of the biggest companies that operate under the Bajaj group in India. It has played a major role in assisting the growth of the Indian economy. The Bajaj group has also been a pioneer in Philanthropic activities with some notable charitable institutions such as the Jamnalal Bajaj Foundation and Hamaara Sapna out of the many. That’s all for this post. Happy Investing!

Have you invested in any of the Bajaj group stocks? Let us know in the comments below.

Mark Zuckerberg’s Meta has best day in a decade as it adds over $100 billion in value.

Mark Zuckerberg’s Meta has best day in a decade as it adds over $100 billion in value.

This stock was clearly criminally underrated when it went under $100 per share in 2022. We'll have to see it if it gets back to its all time...

Taking note of the massive report issued by US-based whistleblower Hindenburg Research on the Adani Group and the consequent crash in stock prices, Ratings said that it is...

Fundamental Analysis of Axis Bank: Banks occupy a substantial portion of the overall stock market and they find their way into the portfolios of many investors. This can...

How To Afford Anything You Need (and Want)