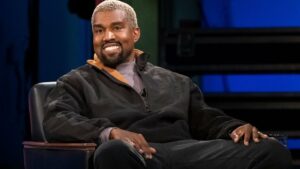 Kanye West has canceled his performance at the 2022 Rolling Loud Festival in Miami, according to Rolling Stone. Rapper Kid Cudi is set to replace West at the festival as the headliner at the Hard Rock Stadium on Friday, July 22.

Rolling Loud co-founders Matt Zingle and Tariq Cherif released a joint statement announcing the news on Sunday. “We were looking forward to Ye headlining Rolling Loud Miami 2022. We spent months working with him and his team on the performance,” they wrote.

The statement went on to say they were disappointed by West pulling out of the music festival at the last minute and noted it has never happened before so close to the event. “Unfortunately, Ye has decided that he will no longer be performing. This is the first time a headliner has ever pulled off our show and though we don’t take it lightly, we wish him the best. We look forward to welcoming Kid Cudi as a headliner in Miami and we can’t wait to see what he has in store.”

Rolling Loud also shared the news on social media with a new poster.

“Due to circumstances outside of our control, Ye will no longer be performing at Rolling Loud Miami 2022. Please welcome @KiDCuDi!”

Due to circumstances outside of our control, Ye will no longer be performing at Rolling Loud Miami 2022. Please welcome @KiDCuDi! pic.twitter.com/HpPfKyf2LU

It’s unclear why West pulled out of the event, but Cherif said he was unsuccessful in talking West out of canceling his performance. “Tried to convince Ye to stay on the lineup but he wasn’t having it,” he wrote. West also canceled his performance at the Coachella Valley Music and Arts Festival in Indio, California just 11 days before the event in April.