Former equalities minister Kemi Badenoch was knocked out of the Conservative party leadership race, unleashing a tense battle between foreign secretary Liz Truss and trade minister Penny Mordaunt over who will compete with ex-chancellor Rishi Sunak to be the next prime minister.

Sunak came top again on Tuesday in the latest ballot of Tory MPs with 118 votes, followed by Mordaunt on 92 and Truss on 86.

Sunak is closest to reaching the 120-vote threshold to ensure making the final shortlist of two candidates, which will be decided by MPs in a final ballot on Wednesday.

Conservative party members will then choose the winning candidate from the two-person shortlist, with the new Tory leader to succeed Boris Johnson announced on September 5.

Although Truss was in third place again, she gained the support of 15 MPs, and thereby closed the gap on Mordaunt, currently second. Mordaunt gained the backing of 10 MPs.

Truss’s campaign team is hoping she will overtake Mordaunt in the fifth round of voting by MPs on Wednesday.

One Truss ally said the rise in her support showed “we’re on the march”. 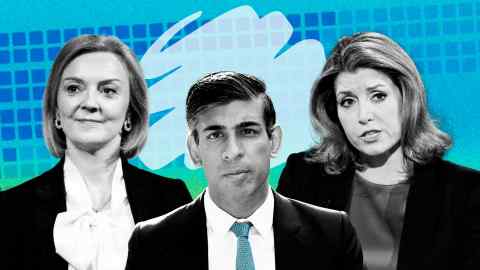 Badenoch was eliminated from the contest after securing 59 votes. There will now be a battle among the remaining candidates to woo her backers.

Her campaign team said: “This is a great achievement and demonstrates the support for her honest politics and vision for the country and change for the Conservative party.”

Mordaunt will face a tough battle with Truss, but the trade minister said: “We are so nearly across the finish line. I am raring to go and excited to put my case to members across the country and win.”

Sunak now looks certain to make it to the two-person shortlist to be presented to Tory members.

But he is by no means certain of winning the head-to-head battle. Many Conservative activists dislike Sunak’s record as a tax-raising chancellor and see him as disloyal to Johnson.

A YouGov poll for the Times found that Sunak would lose convincingly in a ballot of Tory members, but his backers said his popularity with voters could swing the contest his way.

9 Weird Facts About Gamers, And Even Weirder Opportunities For Brands

Nozick on Morality and Evolution

The Most Important Brand Tracker Question you are Probably Omitting