Microsoft has announced that it is updating the user interface of its OneNote app for Android. The Mac version has also been updated with a much-needed feature, local backup.

Instead of listing your notebooks, the OneNote Android app has a new startup screen, called the Home tab.  The page displays a rich preview of the note’s contents. Tap the button near the top right corner to switch between the List mode and Grid mode. The button next to it lets you Sort and Filter the notes by modified date, created date, or alphabetical order.

The List mode displays more of the contents, while Grid mode places more notes on the screen. The Home tab has a toolbar at the bottom, called the Quick Capture Bar. It has shortcuts to select the input methods: Text, Ink, Voice and Camera. The + Page button allows you to add more notes quickly.  Tap the three-dot button to create a Sticky Note, it will place the note at the top of the screen.

Tap on a note to view it, or edit it. Long-pressing a note marks it for selection, you can choose multiple notes, and perform an action such as delete the notes, organize (move or copy), share them, or add shortcuts to the notes on your mobile’s homescreen.

Users who are signing in to the OneNote app for the first time will be prompted with the single sign-on (SSN) experience, which will prompt them to select one of the Microsoft accounts that they are signed in to on their phone using the account picker.

If you want to sync your notebook manually, pull down the screen (swipe down gesture). The image option integrates with Microsoft Lens, for scanning documents and extracting text. The voice input method can be used to dictate notes, and even to format the text. To access the app’s settings, tap on your profile picture in the top left corner.

Here’s a screenshot that shows the app’s old interface for comparison, the new interface looks a lot better, doesn’t it?

The new features are available in the Microsoft OneNote for Android app version 16.0.15128.20270 and later. Microsoft says it is rolling out the features in stages, so don’t be surprised if you are on a higher version of the app but don’t have the new UI yet. You can get the new UI by opting in to the beta of the app on the Google Play Store.

Microsoft has stated that the new interface is not available for Tablets and Dual-Screen phones.

The OneNote app for Mac now supports local backup. In addition to saving the data to the cloud, the app will now automatically save a copy of your notes in a local folder on your Mac. Users can manage the options from the app’s Preferences > Backups section. It also allows you to access the backup folder, customize the schedule for automatic backups, and run a backup task manually. 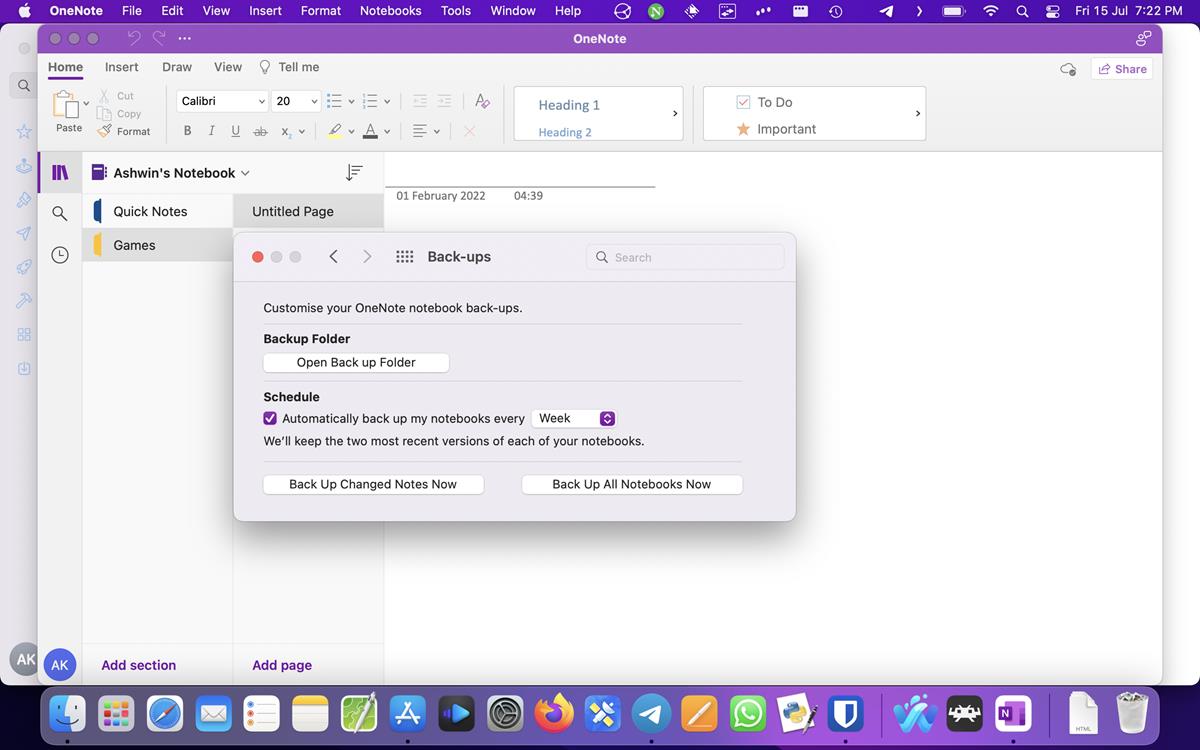 The local backup feature is available in Microsoft OneNote version 16.63, you can download it from the Mac App Store.

Microsoft is rolling out a new design for OneNote on Android. The company has also updated OneNote for Mac, with an option to save backups locally.

The Last Time Inflation Was This High