New Kids On The Blox: All You Need To Know About Roblox


Whether it was through virtual Zoom quizzes, messages in a group chat, or impromptu TikToks, digital platforms kept people connected throughout Covid lockdowns.

But kids had other places to hang out online. And few were more important than Roblox.

Sometimes described as a “proto-metaverse”, Roblox is being turned to by brands like Gucci, Spotify, and McLaren to burnish their web3 credentials. But unless you have young children or relatives, you might be wondering what it is. And even if you’ve seen it in action, you still need to know how to connect with its players.

So here’s our most important things to know about Roblox and its users.

Roblox isn’t one game, but many

Technically speaking, Roblox is a free-to-play video game published by the Roblox Corporation. It’s software that you can load up on PC, a phone, or an Xbox One.

But it’s best to think of it as a game-making platform. Through Roblox Studio, developers can build and share their own games, some of which can be very lucrative. Since Roblox first went live in 2006 (before the iPhone or the Nintendo Wii) millions have been created for users to enjoy.

There are a few ways brands can get involved.

Gucci is an example of how the three different activations work, and how brands can deepen their engagement with the platform over time. In March 2021, the luxury brand designed virtual sneakers that could be worn by avatars inside the app. A couple of months later the Gucci Garden opened, a virtual counterpart to a real-life show that was only open for a couple of months. And recently the luxury brand built its first persistent world in Roblox, one without a defined closing date, called Gucci Town.

Roblox is the second-fastest growing gaming franchise kids play. The number of 8 to 15-year-olds playing has increased 24% since 2021, and in the leaderboard of most popular games it’s moved from 5th place to 2nd, now sitting behind only Minecraft. With strong social features and an almost limitless choice of games to play, you can see how it came into its own during the pandemic.

But it isn’t just kids who are playing.

Roblox is also the second-fastest growing gaming franchise among adults. The number of 16-64 year gamers playing it has increased 40% year-on-year.

While it’s not a market leader for adults like it is for kids, it attracts a similar number of players as Rocket League, Football Manager, and Fall Guys: Ultimate Knockout. And ever since it started preparing for its IPO in March 2021, the Roblox Corporation has made no secret of its intent to grow even further among older audiences.

So Roblox isn’t just for the younger generation, and, like a lot of games, the people who play it might surprise you. They’re more likely than the average to be interested in entrepreneurship, business and investments, and to describe themselves as risk-takers. Roblox has a burgeoning digital economy and some developers have become wealthy designing games on the platform.

There could be room here for financial services brands to get involved, similar to how Mastercard partnered with the Recording Academy during Grammy Week. Roblox players are a varied bunch and the same can be said about the opportunities available on it.

To understand the culture on Roblox, you have to understand what it allows players and developers to do.

Players can create almost infinitely customizable avatars, and this has given many a chance to explore parts of their identity they couldn’t in real life. It’s following in The Sims’ footsteps by creating a more inclusive space for players and minority audiences. But unlike The Sims, there’s a multiplayer element that helps establish that sense of a shared culture – one that’s shaping the attitudes of the next generation.

Roblox is more gender-balanced than its proto-metaverse peers Fortnite and Minecraft. The gender ratio among kids is almost 50/50, with only The Sims, Just Dance, and Animal Crossing having a higher proportion of female players.

Roblox also has one of the most racially diverse user bases of any games franchise we track.

In the US, 1 in every 5 players aged between 8 and 15 is from an ethnic minority.

The user base as a whole is motivated by diversity and inclusion topics. Compared to the average 12-15 year old, they’re more likely to think the following are important:

So they’re clearly motivated by diversity and inclusion in other parts of their life, not just on Roblox.

Most press coverage about Roblox and similar platforms is very forward-facing, concentrating on how they might become fully-fledged metaverses. But it’s worth thinking about parallels from the recent past. In many ways Roblox is the heir to platforms like Tumblr and bulletin boards, which allowed previous generations of young people to discover more about themselves in relatively safe online spaces.

Roblox is shaping a generation of hybrid creatives

It’s worth thinking about how Roblox will shape Generation Alpha’s collective future. We can already make a distinction between the formative social media for millennials and Generation Z – the former used largely text-based interfaces, whereas Gen Z, with the help of improved technology, have been drawn to apps centered around photo and video sharing (Instagram and TikTok). This left a real impression in their formative years, with Gen Z more likely to be interested in visual topics like fine art and photography.

Kids in the Roblox generation have gone through another technological leap, using forms of social media created in 3D, immersive environments. And its influence is already rubbing off. Building games in Roblox Studio needs some knowledge of code, so it’s no surprise they’re more likely than the average child to be interested in coding, and to say IT & computing is their favorite subject. But they’re also more interested in arts and crafts, showing that they’re as imaginative as they are logical.

Only time will tell if the platform really does inspire a new crop of engineers, designers, software engineers, and architects, but figuring out its influence is a great way to keep up with the next generation of consumers.

On a platform that allows you to make quite literally anything, from a human giraffe simulator to a game where you escape Ariana Grande in Area 51, the most exciting experiences will rise to the top.

And again, it’s a culture that’s really rubbed off on its users.

Roblox players are more likely than other kids to be interested in adventure and being outdoors.

It’s easy to make assumptions about kids playing games and ignoring the outdoors but many Roblox events can tease real-life environments. There’s an opportunity for travel brands to show off destinations virtually, as the Cape Town tourist board has recently started doing.

The need for adventure also means that branded experiences can’t be too static – they should take players on a journey. The goal isn’t to build brand showrooms or construct billboards. This is something Gucci seems to have learned in moving from the Gucci Garden to Gucci Town, with the latter having a greater focus on mini-games.

Roblox offers clues for the future, but don’t neglect the here-and-now

In devising strategies for the metaverse, brands might be tempted to put all virtual worlds into the same bucket. But like traditional social media, they do have differences and understanding the culture of each platform is vital. On Roblox, behaving inclusively is almost non-negotiable, as is providing a sense of adventure. And if you can provide the tools for players to create their own experiences, so much the better.

Brands who get it right will be well-placed among an audience on the cutting-edge of culture, on a platform that’s growing rapidly. And if nothing else, understanding the Roblox ecosystem will help you understand what its players will be like when they grow up. 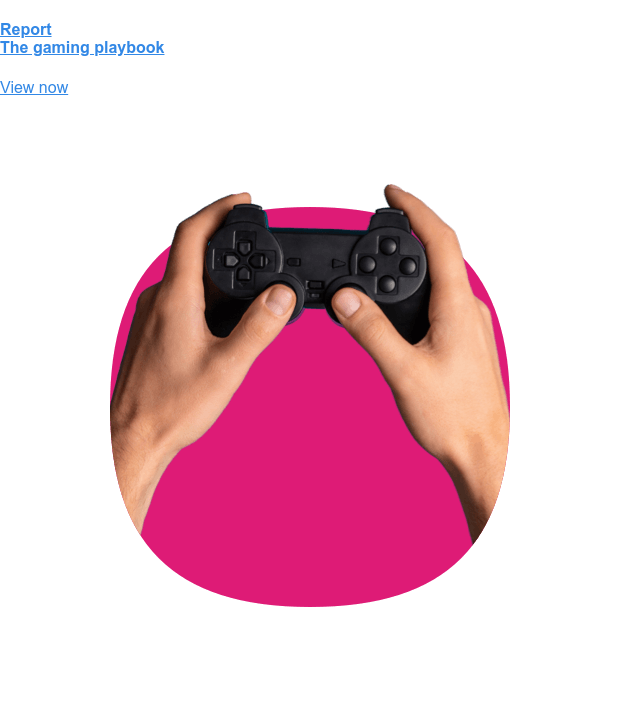 Rock-Star Demand & ABM Teams Deserve Recognition It may sometimes appear like organizations “abracadabra” growth when, in fact, behind the curtain, demand and ABM teams are contributing blood,...

Truly digital firms have business models with technology at the core, and this technology is software. For such firms, software is an expression of the business. To become...

Telangana’s spice exports up at $200 million