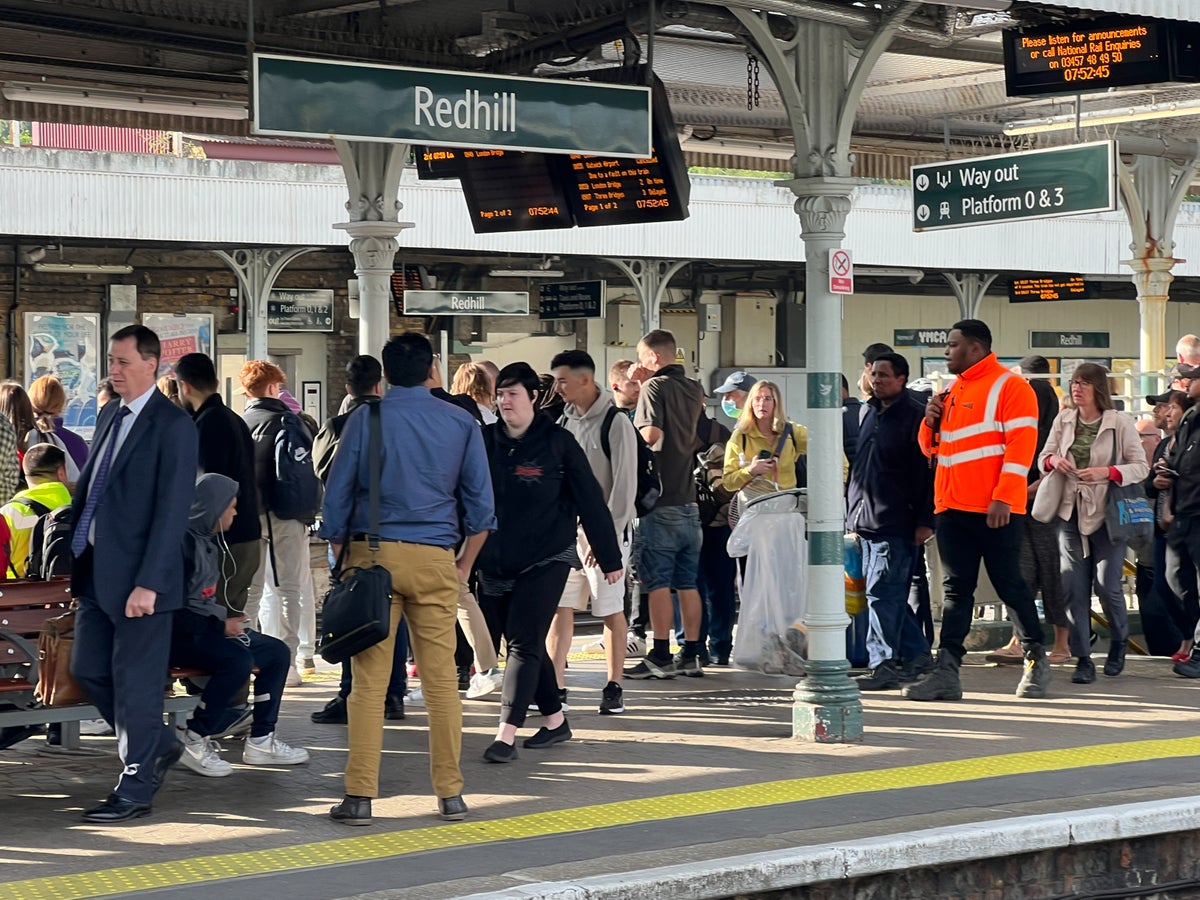 Mr Dempsey said rail workers were being used as “a political football”. He accused ministers, including the transport secretary, Grant Shapps, of “incendiary comments”.

He said: “The government probably felt it was a good opportunity to pick a fight and paint us as the enemy.

“We have made some progress with Network Rail, to be sure, in stark contrast to the train operating companies.

“It’s a shame Grant Shapps hasn’t been called here to answer some questions about this because the people on the other side of the table that we’re dealing with are telling us they regard themselves as brokers, not negotiators.

“They tell us they’ve got a mandate that they’ve got to refresh. They often have to leave the room to go and have a conversation with their ministerial people before they can continue discussions with us.

“We’re in a room with people that are not able to make decisions.”

A strike by members of the RMT working for Network Rail and 13 train operators brought much of the rail system to a halt on 21, 23 and 25 June, with disruption also on the days after each stoppage.

Further industrial action is to be discussed later – possibly coordinated with the train drivers’ union, Aslef.

At the same committee hearing with MPs, Mick Whelan, general secretary of Aslef, accused the government of “underlying deceit”.

The leader of the train drivers’ union said: “We believe we’ve got free collective bargaining. Please let us bargain. Traditionally within the industry it finds its level and we find a solution.

“We’ve been driven into strife by the government not allowing the companies to talk to us.

“The strike action is the fault of this government and the employers, and not the workers.

“Everywhere the DfT is not involved, we’re able to reach settlements.”

A spokesperson for the Department for Transport (DfT) said: “It is a matter for unions and employers – not government – to engage in meaningful talks on modernisation practices to avoid damaging strike action and prevent chaos on the railways.

“Government is not the employer here. Previously when there were strikes by firefighters and post workers the then-Labour government said it’s between employers and unions, and we are continuing with that position.

“It’s important that ministers remain close to the ongoing situation regarding negotiations to ensure that railway staff, passengers and taxpayers are getting a fair deal.

“Industry is offering daily talks to the unions. We encourage the unions to stay at the negotiating table.”.

At the committee hearing, Mr Dempsey of the RMT also told MPs the latest Network Rail pay proposal “is based on removing a third of the maintenance frontline and also cutting planned maintenance in half”.

He said: “We’re going to end up with an industry reliant on overtime and sub-contractors. We’re going back to the days of Railtrack.”

Network Rail disputes the union claims, saying it intends to reduce maintenance numbers by 20 per cent and has offered a guarantee of no compulsory redundancies in its latest pay proposals.

The infrastructure provider says its reforms will cut overtime and the use of sub-contractors.

Mr Whelan condemned the government’s plans to allow employers to bring in agency staff to replace striking workers as a “scabs’ charter”, and warned that the policy could create lasting division.

He said: “The real problem in an industry like ours – there’s still people not being spoken to who scabbed in 1955, in 1982.

“Of course scab labour can only work for scab management.

The committee chair Huw Merriman said it was an “emotive” and “intimidating” term.

“If any reasonable person heard what you said, when you used the term ‘scab’ about four or five times, I would take it as quite intimidatory, myself.”

Green Banking and Crypto. Green banking is a term used to… | by Marcel Boer | The Capital | Dec, 2022