The 10 Best Football Ads Ever (As Chosen By COPA90)


Whether you’re a casual fan or a die-hard devotee, there’s no denying that the world of sports holds a special place in the hearts of people around the globe.

When it comes to football, 75% of soccer fans make sure to catch a game on TV or online and 68% of them are even willing to pay for access to watch their favorite leagues. The FIFA World Cup has a strong viewer base with 1 in 2 football fans and 1 in 3 internet users watching the competition.

For them, missing out on the action is not an option.

Our data shows that brands would benefit from reaching out to soccer fans, especially FIFA fans as they’re ahead in the market for products and services like tech, travel, food, and fast-moving consumer goods.

Not only are they ad-receptive, but many prefer to buy from brands they’re familiar with.

With the 2022 UEFA European Women’s Football Championship underway and the 2022 FIFA World Cup in Qatar on the horizon, it’s the perfect time to revisit some of the best football ads ever that celebrate the beloved game.

We’ve teamed up with fan-first football media company, COPA90 to share 10 of the best football advertisements throughout history. COPA’s global head of strategy and industry trailblazer Pablo Nieddu will help us run through:

Retired World Cup champion and two-time Olympic gold medalist Brandi Chastain narrates this ad that calls on fans to show their support beyond major tournaments and big games. Once the lights go out on the global stage, many players returning to their hometowns and home teams find that excitement doesn’t follow.

Nieddu calls this “a powerful and insight-laden ad that demonstrated an uncomfortable truth surrounding fandom for female soccer players in the US post the World Cup glories of the US Women’s National Team.”

The message in this ad challenges fans to reevaluate their loyalty and channel their passion for the players year-round.

DAZN: We All Rise With More Eyes

This poignant commercial has a simple yet mighty message that zeroes in on the importance of visibility. It pairs a moving voiceover with a series of photography, videos, and game footage to encourage people to pay attention to the magic that is the Women’s Champions League. It also takes the opportunity to remind viewers around the world that they can tune in for free on Youtube so they can take part in helping to grow interest.

Nieddu gracefully sums up what makes this ad so powerful by describing it as “emotional without being wordy, gritty without being patronizing, this for me is an almost perfect encapsulation of both the challenges and potential of the biggest growth opportunity in sport; women’s football.”

It may be hard to believe this exciting, high-energy ad is 12 years old, but it’s true. What makes this timeless ad so special – featuring football players Didier Drogba, Fabio Cannavaro, Wayne Rooney, Franck Ribéry, Ronaldinho, and Cristiano Ronaldo– is the uncomplicated message.

Just one moment on the field can write the future of your legacy forever.

Nieddu points out: “The star power and easter eggs across the ad made this one of those rare commercials you would seek out and watch on repeat. If this was released today, people would go nuts for it (again).”

This classic good versus evil ad scores big points by putting the product at the heart of the story. Nieddu comments that it’s not only “fun, full of easter eggs and player insights” but that “it sits at the very top in terms of cultural cache.” It also doesn’t hurt that it features a star-studded cast of football stars including Barcelona legend Ronaldinho, and David Beckham.

Nieddu may be right when he says “no football ad since has ever got close to capturing the beautiful chaos of grassroots football like this.”

This commercial was filmed on Hackney Marshes and features footballers Eric Cantona, Ian Wright, David Seaman, and Robbie Fowler. Nike does a great job of grabbing ahold of their audience by highlighting the spirit of the game with a peppy voiceover paired with fun clips that speak to the playfulness of football without sugar-coating how serious it can get.

This fun, dynamic ad artfully demonstrates just how thin the line is between the virtual and real world.

It shows that what happens in a video game translates to what can happen on the field by taking a world-class move and putting it in different places from the city streets to the major leagues.

“What I love most about it is how it managed to leverage an emergent cultural truth and poured rocket fuel on it, to provide a powerful foresight into the future influence of the EA Sports FIFA franchise on wider football culture,” shares Nieddu.

This commercial cleverly uses humor and one of the most recognizable footballers to put their product on center stage. Just when you think David Beckham has stolen the show with his celebrity status, they offer a little self-deprecating quip to bring the story full circle. It’s sure to put a smile on any fan’s face, no matter who they’re rooting for.

If you think you need to be on the field to play football, Nike wants you to think again.

From the music to the visuals, it’s a feel-good commercial that’s a pleasure to watch. It takes the humdrum experience of waiting for a flight and flips it on its head with an action-packed adventure that takes you on a fun ride.

For Nieddu, this ad is all green lights.

“The OG Ronaldo (at the peak of his powers) and his cohort of samba superstars showcasing their Joga Bonito in an airport? Yes, please! Embodying the true joyful essence of football, just hearing the soundtrack makes me want to kick a football.”

Sportswear brand Adidas tries its hand at recreating a kitsch 70s educational video and hits it out of the park. This ad has everything it takes to stand out. Excellent visuals? Check. Elite talent? Check. Tongue-in-cheek humor? Check.

Beats By Dre: The Game Before The Game

For football fans and players alike, nothing is more important than the big game, right? Maybe not.

Beats By Dre challenges audiences to reconsider that thought by putting the spotlight on what happens before the action on the field starts and putting their product on the frontline.

Nieddu notes that “this ad marked a huge shift in football tournament marketing traditionally dominated by the likes of Nike, adidas, and Pepsi. By identifying a clear cultural white space of the mental pre-game preparation amongst both elite players and fans, combined with a genuine role for its products amongst footballers, Beats by Dre managed to explode into football’s cultural zeitgeist and become one of the coolest brands on the planet.”

So, what’s the point?

Plugging in the right data to guide your strategy will always lead to a winning result. Using insights gives brands the opportunity to fine-tune their message so they can speak to consumers in a way that shows they know them. It’s how companies create successful marketing campaigns and make sure they stand out in the crowd.

These ads show us that if you know your audience well enough, you can make something memorable. 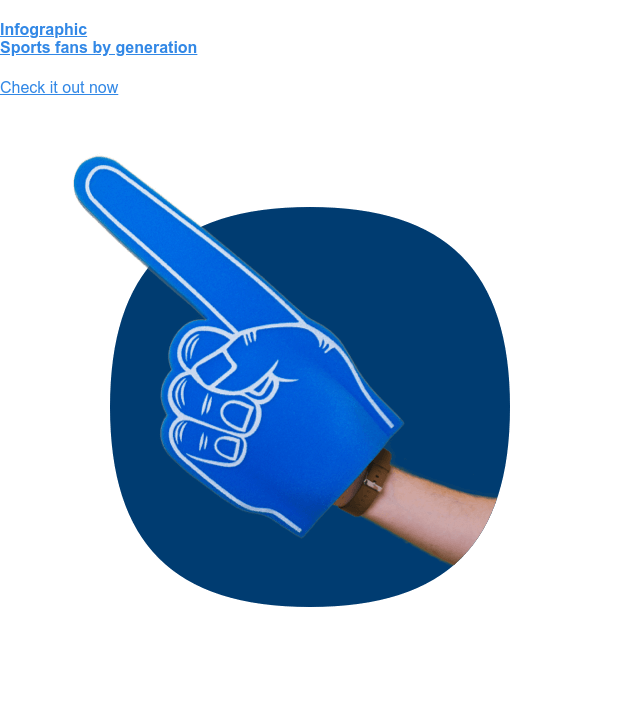 Last month, we discussed Innovation Strategy and how market researchers can use this to develop an innovation strategy that has the potential to grow a business. What is...

2022 was a tough year, and economic forecasts show uncertainty about what will happen in 2023. Complex global geo-political conditions see constant announcements of budget cuts, layoffs, and...

How beauty brands in APAC can stay relevant

Sharon is a Director of Consulting, Beauty and Personal Care, South APAC, at Mintel. With over 12 years of experience in the FMCG industry, she helps beauty manufacturers,...

Cloud kitchens are platforms that offer a wide range of foods, drinks, and cuisine items intended for delivery only. The thriving food-delivery ecosystem served as the central pillar...

Ahead of Market: 10 things that will decide D-St action on Tuesday

Energy sector to ‘wargame’ rationing amid threat of blackouts