The Role of Satellites in the Development of 5G Networks 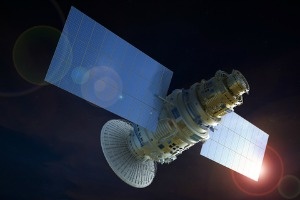 There is a massive requirement for digitalization which promises to revolutionize a wide range of businesses. Currently, 5G is still developing but has promising capabilities for providing better solutions to key challenges.

For years, the use of satellite communication for mobile networking has been a standalone technology. This technology is continuously being advanced, and the satellites built using 5G architecture are capable of handling connectivity to vessels, airplanes, cars, and several other devices in rural and remote areas, seamlessly.

It is expected that in the coming years, there will be more than 1 billion people living in the fully 5G-covered areas. To achieve this, there is a high requirement for ground networks and satellites that can help in providing better coverage, capacity, and ubiquity flawlessly and reliably.

Let’s learn in-depth about the role of satellites in 5G communications to understand the need for satellites.

What Is the 5G Network?

The 5G network is referred to as the 5th generation of wireless global mobile networks after 1G, 2G, 3G, and 4G networks.

5G helps in enabling a network that has the capability of connecting virtually everything and everyone together, such as devices, objects, and machines. This technology is designed to provide higher data speed, huge network capacity, more reliability, and a better user experience.

The improved efficiency and the higher performance are the key reason behind continuous rising demand and the addition of new users and new industries.

The Role of Satellite Communication in the 5G Network

Being connected digitally has become the most significant need of modern society.

To provide the same, technology is being developed continuously and providing a more valuable user experience, but there are yet several changes that need to be overcome. These challenges include the availability of a 5G network commercially, similar network speed and experience anywhere, anytime, and many more.

Satellite communication plays a significant role in overcoming these challenges and helps with the better extension of 5G networks to rural areas, including boats, trains, airplanes, and other such vehicles.

Moreover, recent advancements, such as the new generation of the low Earth orbit (LEO) in the ecosystem of satellite communications, are helping in overcoming the previous limitations such as latency in communications.

Due to such benefits of satellite communication, the demand has grown much more and is also being used as an alternative option to terrestrial networks.

At present, the 5G market is at a developing stage with promising potential over the forecast period.

Several companies such as SpaceX, Amazon’s Kuiper Project, LeoSat, and OneWeb are constantly competing in the space sector to allow better satellite connectivity for their daily customers in rural and remote locations.

The key factor pushing the demand of the market is the continuously rising demand for high-speed network connectivity and low latency covering a wider range of areas.

The demand for high-speed internet connectivity has grown much more since the beginning of the COVID-19 pandemic, mainly due to the shift of work/study from offline to online, travel restrictions, and other pandemic protocols.

How Does the LEO Satellite Contribute to Better 5G Networks Than Traditional Satellites?

The traditional communication satellite was geostationary (satellite appears to be in the same point) and has been present in space orbits for almost 50 years. These satellites weigh approximately 1000 kg and can only be operated after scaling 36,000 kms above the Earth once they are in fixed positions.

In contrast, LEO satellites are much smaller in size and are capable of operating after reaching 500-2000 kms above the surface of the Earth and weight below 500kg.

Due to its lower orbit, the latency is reduced as it is capable of taking a position in a better place while receiving and transmitting the data in a short time. This helps in getting seamless network connections in a wider coverage over a defined geographical area.

Benefits of Satellite Communication for the 5G Network

The satellite can help in providing high-speed network connectivity across the world, addressing challenges such as power evolution inside geographic gaps, overspill to satellites when terrestrial connections are packed, general global comprehensive coverage, and effective communication at the time of an emergency.

Satellites are the only available technology that can provide effective network connectivity anywhere at any time, such as in moving trains, planes, or ships.

The satellite can help in providing effective solutions for reliable, rapid, and secure network connections in challenging communication times such as emergency responses.

The telecom sector is still in the development stage of making 5G infrastructures, and this will remain their major project in the coming few years. Satellite communications are one of the most required elements of this sector because 5G infrastructure will still take a significant amount of time to get developed completely. Thus, the use of satellites in the development of 5G networks is likely to continue for much longer.

Curious about which innovative technology is gaining traction in your industry? BIS Research provides the most up-to-date market research and studies. View our reports on MarketResearch.com.

About the Publisher: BIS Research is a global market intelligence, research and advisory company that focuses on emerging technology trends that are likely to disrupt the market. Its team includes industry veterans, experts, and analysts with diverse backgrounds in consulting, investment banking, government, and academia.

The Next 75 Years: Will Generalists or Specialists Prevail?

A crypto roundup of the year and stepping into 2023

Ethereum is neither decentralized nor deflationary