The US Consumer Dilemma: Challenges of Being Green


We live in a confusing time. Consumers want to do their bit for the environment, save a buck, and make up for lost time during the pandemic.

Some sustainable behaviors picked up speed during Covid, but out of necessity – with air travel at a standstill and very few places to go, many opted for walks outside instead of driving to destinations.

But the world has largely reopened, and those feelings of wanting to make up for lost time, along with being more money-conscious, may weigh heavier on the consumer agenda than sustainability.

Using our Core, and USA datasets, we explore the consumer dilemma of being green, while staying in the green.

The US is feeling the pinch

Like consumers all over the world, Americans face a difficult decision when it comes to being eco-friendly.

In May 2022 inflation hit 8.6% – its highest level since 1981. Among US consumers, nearly 9 in 10 say the cost of living has increased compared to six months ago, while 93% say they’re feeling the impact from price rises.

All of this doesn’t necessarily come as a surprise. Americans have been gradually anticipating their country’s economy to worsen since Q2 2021, with the number who say this having grown 82% since then. The problem is, pessimism is also growing about the environment, with over 1 in 3 saying it’ll get worse as of Q1 2022 – a 39% increase.

So the trade-off becomes all the more difficult. Americans have expected both their economy and the environment to get worse over time, but now it’s time to choose which is more important to them.

But there’s another problem that could be affecting the decision to go green.

The discussion around climate change has a big influence on the way consumers think about how it will impact them and their future. We’ve written previously about how news services can help shape consumers’ outlook on climate change by offering more solutions than just coverage; painting a more positive future narrative and inspiring consumers to behave sustainably in turn.

All that is still important, but there’s a balance to strike here. Even too many positive stories about the topic could do more harm than good, and it runs the risk of ‘climate change fatigue’.

It’s a phrase that’s been around since the late 2000’s but it’s still very relevant today.

The number who feel that they’re tired of hearing about climate change all the time has increased 5% in the past year. Genuine concern for the environment could be undone by the fatigue people feel from constantly hearing about it.

It’s a sign that brands not only need to reconsider the way they talk about climate change, but also the volume they talk about it. Non-stop coverage could mean consumers focus on other things, and potentially behave even less sustainably as a result.

Sustainability in the everyday

Americans are making cutbacks. But the upside of this is that many of these actions will also end up helping to cut emissions too.

Across the board, that generally means reusability. The number, for example, who say they carry a reusable water bottle or use a metal/glass straw has grown 10% and 9% respectively since Q4 2020. It’s a nice win-win for consumers; buy something once to cut back on waste, and save money at the same time.

That includes recycling too – something older consumers are more on board with.

These generations are 28% more likely to say they always try to recycle than their Gen Z/millennial counterparts. They also lead the way against these younger generations for reusing shopping bags, and sit on par for carrying a reusable water bottle.

But there’s other ways they practice budget-friendly, sustainable activities in their routine. As far as transport is concerned, over a third of Americans are planning on walking or cycling more as a means of being more energy efficient. In fact, cycling reached new heights in Q1 2022 with the number doing so rising 27% in the past year.

That being said, the number who drive weekly is on the up, while the number who use public transport weekly has decreased by 13%. With cycling experiencing such a boom in popularity, it’s a prime opportunity to build on this momentum and introduce more ways for consumers to use this form of transport.

This could come in the form of US based brands employing a bike-to-work scheme – something that’s already proven successful in Europe. Or providing convenient and secure places to store bikes, as well as offering showering and changing facilities.

Sometimes going green is as simple as eating your greens

Frugality affects food shopping too. Out of a list of 13 areas people are currently most price conscious about, food or groceries comes out top in the US, with over two-thirds feeling concerned.

In response, consumers are making small adjustments to their everyday routines. Over half say they’re planning to make an effort to cook more at home, and a quarter are considering growing or preparing their own food.

With some foods set to be hit harder than others (meat has seen the most substantial price increases) groceries and supermarkets should consider promoting meat alternatives in-store. Financial reasons will sway a lot of people’s minds but the added benefit of eating more sustainably will also win customers over.

And many consumers are already looking to reduce their meat consumption as a result. The number of Americans who say they are meat eaters with no plans to change has fallen 10% since Q2 2020, as interest in plant-based diets continues to rise.

There are many possible reasons behind this. Consuming less meat has an important part to play in reducing carbon emissions, but the rising cost of these products could be affecting consumers’ decisions too.

Americans are buying better when it comes to fashion

Sustainable clothes shopping varies greatly depending on generation. While Gen Z are often seen as advocates for the environment, they’re far more likely to say they purchase clothes or shoes that they don’t strictly need, compared to baby boomers and Gen X.

Younger consumers are also far more likely to buy clothes and shoes more often, with over half of Gen Z or millennials buying clothes at least once every 2-3 months, compared to a quarter of baby boomers.

Overall, inflation is likely to have a big impact on what clothing consumers buy, with more potentially opting for long-lasting items rather than fast-fashion.

This is really noticeable among baby boomers. Not only are they more likely to buy products made in the US, but they also prefer to buy more traditional styles rather than the latest trends, which could mean they end up consuming less in the long run.

And with Americans making more sustainable fashion choices, the secondhand market is growing quickly in response – the US market alone is expected to double to 82 billion dollars by 2026. At the heart of this trend are Gen Zs, who are the most comfortable opting for pre-owned threads rather than new ones.

A third of US consumers are concerned about the price of clothing, so expect to see more consumers considering secondhand alternatives online. Just over a fifth of Gen Z and millennials say they’re planning to buy more clothing of this kind due to rising costs, but this is likely to grow as more feel the squeeze down the line.

As consumers get thrifty, more may consider renting clothes instead. For those who really want to keep up with the hottest fashion trends, it’s a smart move; rent the clothes you need for a period, then move onto something else – without ever needing to commit to buying a whole new outfit.

It’s not all up to consumers

Brands have probably heard time and time again that being eco-friendly is non-negotiable. There’s plenty of truth to that – if you look at the number one thing people worldwide want from brands it’s to be eco-friendly (43% say this).

Things are a little less clear-cut in the US, where 37% say this, making eco-friendliness less important to consumers than things like data privacy, social responsibility, or listening to customer feedback.

That doesn’t mean, however, that brands should treat it as less important; consumers will still pay attention to a business’ environmental track record.

Compared to 8 other markets, Americans are 64% more likely to say corporations have the most responsibility for supporting sustainable initiatives. An additional 28% say that reducing CO2 emissions or using sustainable sourced materials are important things that come to mind when choosing a brand to buy from.

Brands should be careful of their image, as negativity in the media can easily put some consumers off – especially concerns about false sustainability claims. Over a third of Americans say false sustainability claims (ie greenwashing) would discourage them from buying from a brand. That’s more than the number who said the same for lack of workplace diversity, or even negative comments on social media.

But brands need to also bear in mind the current climate, and help consumers to find ways to be sustainable on a budget. This could be harder than it sounds. While it’s not entirely true that going green is an unsustainable business practice, brands need to think about how they can show support for green initiatives without losing customers who simply can’t afford to pay more for eco-friendly products.

Over 8 in 10 Americans have little to no trust in brands to follow through on their environmental claims. But by supporting initiatives that can make this their full-time goal, businesses can be a part of the solution with less pressure. It could also include making small changes that are easier to follow through on; changing to more local suppliers, going paperless, or providing recycle stations for consumers to get rid of their waste effectively.

Going green is a joint effort, and consumers know that. Brands who can make changes and stick to them will put themselves in better standing. Consumers may have to choose between eco-friendliness and saving money right now, but if they’re trying to tackle both then brands don’t get to choose either.

Nearly all consumers care about the environment to some degree. This means that, even as the cost-of-living crisis worsens, they won’t give up on their efforts to be eco-friendly.

While it may sometimes come down to making an important decision between being eco-conscious or being thrifty, brands need to recognize their role in supporting consumers, who will make more efforts to recycle, eat better, and buy better. Even if brands can make it easier for consumers to do just one of these things, a little bit of help can go a long way.

What really matters is that they’re authentic in doing so – reflecting eco-friendly values, and sticking to their commitments. 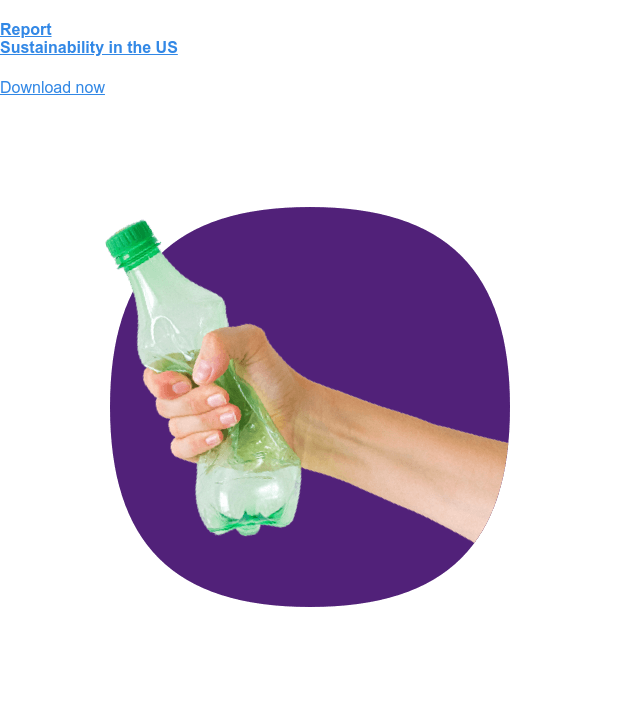 4 Costs That Surprised Me As A Wedding Guest