UBS has appointed Iqbal Khan as the sole head of its flagship wealth management division in a management reshuffle that strengthens his chances of taking over as chief executive of the Swiss bank in the future.

Tom Naratil, who was previously co-head of the division alongside Khan and led the bank’s Americas unit, will leave UBS after 39 years. Naratil was one of the architects of the lender’s decision to invest heavily in wealth management while putting less emphasis on investment banking.

In addition, Naureen Hassan will join as president of UBS Americas from the Federal Reserve Bank of New York, where she was first vice-president and chief operating officer. Jason Chandler will continue as head of US wealth management but will report to Khan.

UBS chief executive Ralph Hamers congratulated Khan on “his expanded role” and said he was “delighted” to welcome Hassan to the bank. Hamers also thanked Naratil for his “significant contributions” over the past four decades.

The management changes cement Khan’s reputation as one of the most successful Swiss bankers of his generation. The 46-year-old has risen to the top of the industry over the past decade, although at one point his rapid ascent appeared to be under threat following a bruising row with his erstwhile boss, former Credit Suisse chief executive Tidjane Thiam.

Khan joined UBS in 2019, having left arch rival Credit Suisse under a cloud of acrimony after it emerged that the bank had authorised a surveillance program on him and his family following the feud with Thiam.

The scurrilous details of the clash between two of the most senior figures in Swiss banking — including a row over their neighbouring luxury properties on the “gold coast” of Lake Zurich — transfixed the country’s normally staid financial community.

In his new role, Khan is positioned as a leading contender to one day take over from Hamers, who became chief executive of UBS just under two years ago. 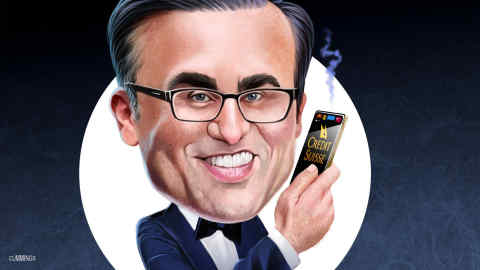 In an internal memo, seen by the Financial Times, Khan and Naratil told staff “leadership transitions can naturally prompt questions about the future” but said the bank’s senior management remained “completely committed” to the global wealth management strategy.

“Our business has never been in better shape, and with our ambitious growth strategy well underway, the time is right to transition to our next chapter,” Naratil and Khan wrote in the memo.

Khan was credited with driving the rapid expansion of Credit Suisse’s wealth management division, a feat he has repeated at UBS, the largest lender to the world’s “super-rich”. Khan will now lead a division that oversees more than $3tn in assets.

While UBS has thrived in recent years, Credit Suisse has been roiled by successive legal disputes and management missteps, including the departure of its chair António Horta-Osório following multiple breaches of Switzerland’s Covid-19 quarantine rules.

Decentralized Finance in a Nutshell | by DEFIX SOLUTIONS | The Capital | Sep, 2022