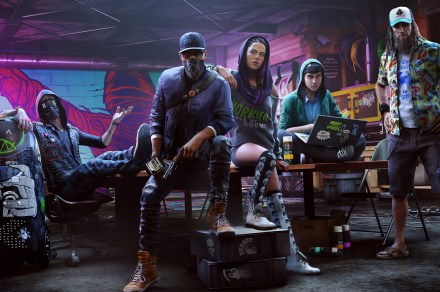 The mid-July games coming to Xbox Game Pass have been announced and they include Inside, Watch Dogs 2, As Dusk Falls, and more.

Starting on July 19, Game Pass subscribers will get access to six titles, including As Dusk Falls as a day-one launch. This interactive drama is the most interesting addition of the group thanks to a unique art style and story that follows two families over the course of 30 years. Like other narrative adventure games, As Dusk Falls is heavily choice-based, with multiple outcomes that are dependent on how you choose to progress.

Watch Dogs 2 is the biggest title in the batch, as it continues Microsoft’s ongoing partnership with Ubisoft. It’ll join other Ubisoft games on the service, including For Honor and Assassin’s Creed Origins.

The full lineup of games include six titles.

We also have the lineup of games set to leave Game Pass on July 31. Make sure to play or purchase these titles with the 20% discount before they leave. Thankfully, the list isn’t very long this time around, though it includes a few cult favorites.

This is another solid slate of games coming to Game Pass, though not one of its strongest, especially coming off the recent news that Xbox Gold subscribers will no longer be getting 360 games as part of their monthly games starting in October.

It’s been almost five years since Samsung unveiled what was then the world’s biggest solid state drive (SSD) in terms of capacity. The PM1643 was, for a very...

Hilton Gold Status: What to Know