What Is the Average Yearly Savings of a Minimum Wage Earner?

by Updates Finance
in Personal Finance
0

Prepaid cash back cards: A new way to manage your spending

My Handyman Says I Should Tip Him $20/Job. Seriously? 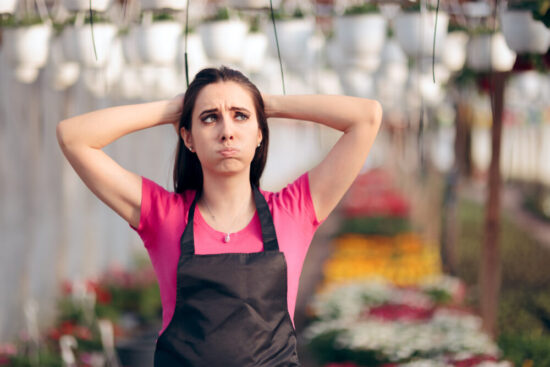 Many people worry that they aren’t setting aside enough for the future. As a result, they’re curious about the average annual savings rates of those with similar incomes, allowing them to compare their progress to others. While such comparisons can come with drawbacks – such as feeling guilt for potentially being behind the curve – they may also motivate you to commit to setting money aside. If you’re trying to figure out if you’re keeping pace, here’s what you need to know about the average yearly savings of a minimum wage earner.

What Is the Average Yearly Savings of a Minimum Wage Earner?

However, there is ample data that shows how much people with different income levels typically have in savings. There is similar information about average account balances based on the level of education a person has. As a result, these figures can provide insights into minimum wage earners, as those with lower income levels or less education are more likely to be in these roles.

There is also broader data about the average personal savings rate. These figures are percentage-based and are typically associated with disposable income. As a result, you can potentially extrapolate what this could mean for minimum wage earners.

Based on data from September 2022, the average personal savings rate is 3.1 percent of disposable income. Disposable income includes any money received after taxes are deducted, and other mandatory charges are covered, essentially reflecting take-home earnings.

However, this doesn’t mean minimum wage earners are setting that much aside. Lower savings rates among those at or below the poverty level are calculated alongside high earners who may put ample amounts in savings accounts. As a result, those earning minimum wage may save far less, if anything at all.

In the end, that figure simply provides insights into how much a minimum earner may be saving. If they’re setting aside the average amount and are working full-time at the federal minimum wage – which is currently $7.25 per hour – that would result in a gross weekly salary (before deductions) of $290.

Once you remove 7.65 percent for FICA taxes, that reduces their take-home pay to about $268. Some employees may also have state taxes withheld, wage garnishments, health insurance payments, and similar mandatory deductions that reduce that figure further. However, if you use the $268 as a baseline, a 3.1 percent savings rate would come out to about $8.30 per week, or around $432 per year.

Earners making the federal minimum wage who work full time have an annual pay rate of $15,080. Based on that, the average savings account balance is $8,400 among those at that earning level (including all who earn less than $20,000). However, the median balance is a mere $810, meaning half of all people in that income group have less than that in savings.

Generally, younger workers have had less time to set money aside, so their savings balances are often lower than their older counterparts on average. As a result, the younger minimum wage employees may have less savings than the average or median.

Additionally, the figures don’t account for savings built through money acquired outside of work. For example, some may have gotten an inheritance that let them set money aside.

As a result, these metrics are only part of the picture. However, they are still valuable.

How to Save as a Minimum Wage Earner

Growing a healthy savings account balance is possible even if you’re earning minimum wage. If you want to make the road easier, start by creating a budget. With a formal spending plan, you can allocate income specifically for building your savings. It allows you to adopt the mindset of paying yourself first, keeping setting money aside from being an afterthought.

Tracking precisely where your money goes and focusing on controlling your expenses as much as possible also makes a difference. Limit unnecessary spending, like dining out. Shop sales and use coupons for rebates for any essentials. If necessary, get a roommate or similar living arrangement to reduce housing expenses.

Requesting more hours at work if you’re not currently full-time can help, too. Similarly, full-time employees can look for overtime opportunities or volunteer for holidays (particularly if there are holiday pay differentials) to boost earnings.

Otherwise, growing your skills is wise. By enhancing your capabilities, you make have an easier time securing raises or moving up, allowing you to transition from a minimum wage job to one that offers higher pay.

Are you surprised by the average yearly savings of a minimum wage earner, or do you think it makes sense based on their income? Do you have any tips that can help those earning minimum wage set aside more for the future or their financial goals? Share your thoughts in the comments below.

Come back to what you love! Dollardig.com is the most reliable cash back site on the web. Just sign up, click, shop and get full cash back!

Tamila McDonald has worked as a Financial Advisor for the military for past 13 years. She has taught Personal Financial classes on every subject from credit, to life insurance, as well as all other aspects of financial management. Mrs. McDonald is an AFCPE Accredited Financial Counselor and has helped her clients to meet their short-term and long-term financial goals.

Prepaid cash back cards: A new way to manage your spending

What is a prepaid card? Unlike a credit or debit card, a prepaid card is loaded, by you, with money you’ve set aside to spend. Let’s say, for...

My Handyman Says I Should Tip Him $20/Job. Seriously?

Dear Penny, I had a handyman with two helpers do remodeling in my house over a period of many months. Sometimes, all three came to my house; sometimes,...

This Wednesday marks the start of Black History Month. Get ready to celebrate with these profiles of amazing Black mathematicians. Plus - a catalog of enough profiles to...

Want to Go Electric? This Gas Stove Rebate Saves You $840

The debate about switching from gas stoves to electric cooktops has been heating up lately on social media. So what’s the firestorm of controversy about? In short, state...

Treasury Bills: Here’s What You Need to Know

What is a Treasury bill?Treasury bills — or T-bills — are short-term U.S. debt securities issued by the federal government that mature over a time period of four...

Common questions from newcomers about working in Canada

3 TSX Stocks That Could Continue to Beat the Market