What People Think Of The Body Positivity Movement


In March 2021, 1,400 new words and revisions were added to the Oxford English Dictionary. Among them was the term ‘body positivity’.

Conversations around body acceptance have been lurking in the background for decades, but they’ve never happened on this scale.

The latest branches from #BOPO (which is online shorthand for body positivity) have brought acne, baldness, and body hair into the limelight, and various companies are working hard to create products that suit every need.

Beauty, fashion, and lifestyle brands all have natural links to this movement. For those wanting to stay in the know or take part, read on.

How the fashion industry’s doing

On the whole, people are impressed by the fashion industry’s progress and many say it’s much-improved.

Over 3 in 5 consumers feel retailers are better at catering to all sizes than they used to be, and a similar number agree that brands are taking positive steps toward body inclusivity. But we still have a way to go.

Only half feel the fashion industry is truly inclusive, and those who feel represented in clothing ads still make up the minority (45%).

Working to change these stats isn’t just the right thing to do, it can have a major impact on a company’s, and the overall sector’s, reach. Tellingly, people who think the industry is size inclusive are more likely to be interested in fashion and buy clothes monthly.

What people think about body positivity

Body positivity is helping the fashion industry meet its inclusivity goals, but it could be executed even better.

The movement isn’t just about size, it’s about normalizing all bodies. Yet, it’s being received differently by certain groups. Ironically, it’s those who don’t line up with traditional beauty standards that are most wary about body positivity.

This might be because #BOPO campaigns often leave them out. Research shows that most social media posts which use the movement’s hashtags feature young, white, non-disabled females. Plus, VP of Weight Watchers Amy Keller Laird has noticed that its leading ambassadors are all 33 or younger. It’s therefore not surprising that the bulk of 40-64s will take more convincing.

Body positivity also resonates more with fitness fans than those who don’t have the time, energy, or means to squeeze in regular workouts.

Off the back of this, some feel that plus-size women are starting to get “the short end” of this movement. Musician Lizzo argues that body positivity has a habit of celebrating medium and small girls, and others point out that the models used for plus-size campaigns are often mid-size.

The movement has a lot of potential for fashion players, with plenty of consumers keen on inclusive messaging. They just want to know that a brand is genuinely working to normalize bodies that face ongoing stigma, and they’ll have certain things in mind when drawing conclusions.

Crazes like TikTok’s ‘weight looks different‘ trend are often the first things we think about when someone mentions body positivity. They’re a huge part of the movement, but participating in them isn’t the main change consumers want brands to make.

Many retailers have adopted BOPO messaging in their marketing, and people want this content to be backed up by action.

To start with, not all in-person customers feel welcome just yet, with around half of Western consumers saying they enjoy shopping for clothes in-store.

Plus-size mannequins have caused a bit of controversy lately, but our data shows they’re in high demand.

Most US women describe themselves as a normal weight (47%) or overweight (36%), yet past research shows most mannequins represent underweight women (a category only 3% identify with).

This means that few people see themselves reflected in brands’ displays right now, and a few simple swaps could help more shoppers relate to the story they’re trying to tell.

The same is true of ads. 56% say they’re more likely to buy from a brand when they see someone their size in an ad, and 30% want retailers to use models that look like them.

Beauty and fashion companies don’t need to zero in on body positivity if that’s not what they stand for, but there’s a clear business case for diversifying their commercial content.

Consumers want brands to offer inclusive products before all else

While a brand’s pictures are worth a thousand words, their products have the final say.

The main thing people want is inclusive ranges, with various companies benefiting from extending their sizes.

Gone are the days when designers would quickly throw together expensive plus-size collections, but some consumers want brands to go further and make them part of their core ranges.

This is one way of making certain styles feel more accessible.

In 2018, PrettyLittleThing was one of the first retailers to launch a campaign featuring a plus-size and a main range model in the same outfit as part of a wider bid to help each woman express her individuality. And its growth in revenue is a testament to it achieving that.

So, brands betting on body positivity should focus on baking inclusivity into their ads and products before all else.

Where social media comes in

Now we’ve dealt with the essentials, we can look at what social channels have to offer. These platforms created a space for the culture to thrive, and its growth is partly a response to the number of idealized images on social media.

Companies with a young target audience will benefit most from working body positivity into their online brand narrative – whether that’s by offering confidence pointers or partnering with influencers that embody the movement.

The pandemic boosted this trend by pushing more people to realize that health is also determined by what goes on in our minds. According to our data, younger consumers tend to be the most affected by mental health issues and receptive to discussions around them, and body positivity is no different.

Not only are Gen Zs the most likely to say there’s too much pressure to be perfect online, in the US, the number who say staying fit is important has fallen by 7% since 2020. And they’re calling out ‘detox teas’ and sharing information around harmful diets more than ever.

Victoria’s Secret is one brand that responded to this shift in 2021, finally bidding farewell to its Angels and introducing models of all shapes and sizes as its new ambassadors.

It’s too early to tell whether the move from exclusive to empowering has paid off, but our data shows that the number of North American Gen Zs buying from this brand is at its highest point since we started tracking it in 2020; and this rebrand definitely ticks a lot of their boxes.

The movement holds a lot of cards

The attitudes of younger consumers hint at how powerful body positive messaging can be.

2014 research in the US has shown that body satisfaction increases as we get older, and a New Zealand/Australian study carried out between 2010-15 backs this up. Yet, a change seems to have taken place.

Gen Zs are now the least likely to be trying to tone up; they’re more likely to say they’re happy with the way they look (43% vs 37% of older generations), and to agree that they’ve become more body positive over time (38% vs 30%).

This suggests that younger consumers have been influenced by the language of the movement, increasingly using words like ‘happy’ and ‘positive’ to describe the relationships they have with their bodies.

The opportunity is in inspiring marginalized groups to take part in the movement’s online culture, and better representation is the best way to accomplish this.

Where we go from here

For those looking to get behind this trend, here are our key takeaways: 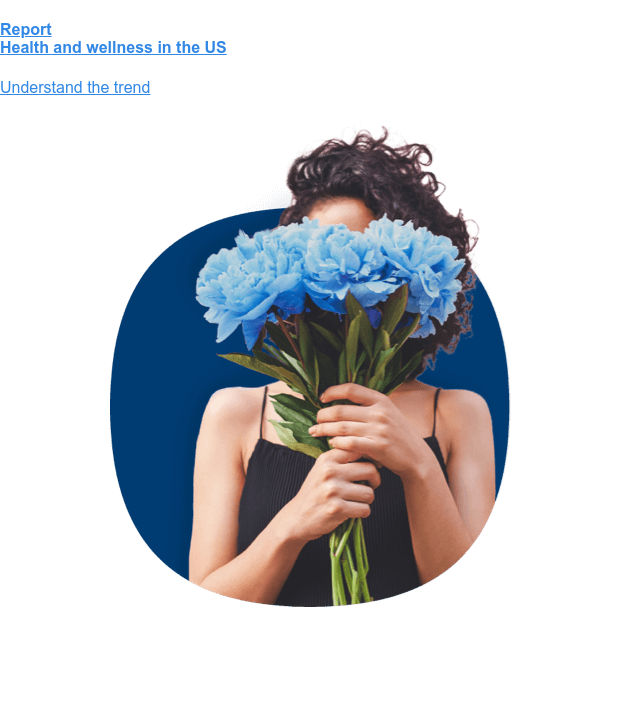